You are here: Home / special interest / The 14 Greatest Bathroom Quotes Of All Time (Part 1)

In 2008, intrepid UK-based researchers sought out an answer to that timeless, confounding riddle: how much of our lifetimes do we, truly, spend in the bathroom? And after surveying thousands of UK citizens, they came to an impressive conclusion: each of us spends around 1.5 cumulative years of our lives in the bathroom. Seeing as the average life expectancy of a UK citizen is around 80 years of age, this would mean we whittle away approximately 2% of our lives (that’s almost 6% of our waking hours) “in the loo,” as the researchers might say.

Using the restroom is unique among pastimes, in that unlike more engaging activities, much of our time spent in the bathroom is actually spent relatively idle. The sedentary nature of this exercise leaves one with plenty of time to think. But what does one think about? Checking off that next order of business on our to-do list (I mean after finishing up in the bathroom, of course)? Or contemplating the mysteries of our unfathomably deep and complex universe?

Well, it turns out time spent in the bathroom has, at the very least, inspired some very entertaining – if not thought-provoking – quotes from notable thinkers, writers, performers, and others.

In celebration of bathrooms around the world, and the quiet time they offer us in which to ponder, we at Trade Winds Imports proudly present our 14 favorite quotes about bathrooms. If you like these quotes, please remember to share them on Facebook, Google Plus, or Pinterest!

For many, the bathroom is a place of sanctuary – a truly private haven where we can tap our emotional, creative, and curious sides. As a singer, Alicia Keys is deeply soulful and emotional and evocative – no doubt a byproduct of her time spent alone in the bathroom, with her thoughts and emotions, searching for a way to express them.

We’ve all been there – you’re at a show, or a party, or some other event, when you feel the call of Nature compelling you toward the bathroom line. Oh, and what a line it is! It seems whenever we need that relief the most, that’s when everyone else decides – well, that they need it too. Quantum physicists refer to this time-dilating phenomenon as the “Theory of Bladder Relativity.”

For some, the bathtub is like our own private spa: a stay-at-home getaway that let’s us loosen our cares of the day and just be in the moment. Relaxing can be the ultimate panacea for the busy brain. Sylvia Plath, known for her confessional poetry and her novel “The Bell Jar,” struggled with despair; it’s good to know that at least the bathtub brought her some peace of mind.

As King of the United Kingdom and all the British Dominions at the height of its power, as well as the Emperor of India (the first as well as the last), George V was a very busy man. His reign saw the First World War, the rise of socialism, the growth of fascism, Irish republicanism, the Indian Independence Movement, the appointment of the first Labour Ministry, and the 1931 Statute of Westminster that begat the Commonwealth of Nations. With that kind of schedule, it’s no surprise he valued his every opportunity to visit the toilet.

Ernie Pyle was an American journalist who reported extensively on the European and Pacific theaters of World War II. An intrepid roving correspondent, Pyle was no stranger to long stretches of time without the relief of a nice warm bath. His famous quip is as much indicative of hygienic conditions for the military man in World War II as it is a meditation on personal responsiblity, and a reminder to take care of oneself.

Our lives aren’t perfect, and while we often have to do things that interrupt our plans or break our even strides, we must remember that the show goes on. Life’s not a movie, and that’s what makes it so amazing. It doesn’t wait for us, it keeps on going. Leave it to Garry Trudeau, famed cartoonist and writer of the endlessly wry and witty Doonesbury (among others), to put such a powerful statement about life’s continuing advances into such simple and fun terms.

One of the undisputed kings of cinematic comedy, Allen’s particular brand of academic and neurotic humor is often either adored or reviled. But I think we can all agree, as far as bathroom quotes go, this is one of the funniest. Who knew the bathroom could be such fertile ground for comedy, without having to resort to overplayed bodily-function jokes?

That’s it for now, but more is to come! Be sure to check in again this Thursday, October 17, for Part 2 of our “14 Favorite Bathroom Quotes of All Time.” If you liked these quotes, please share them on your favorite social media site!

This post was written on behalf of Trade Winds Imports by Mike Bowman, who typically spends his idle toilet time chipping away at Sudoku puzzles or coming up with ideas for blog posts on his numerous publications. He lives in San Diego, and much like George V, he never misses an opportunity to go to the bathroom. 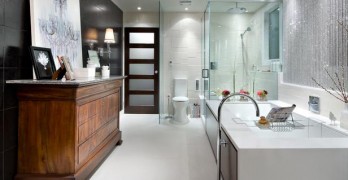 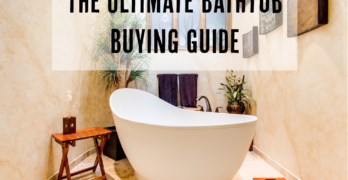 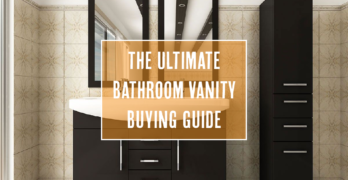