You are here: Home / special interest / The 14 Greatest Bathroom Quotes Of All Time (Part 2)

As we’ve seen, the bathroom holds a special place in the hearts and minds of myriad personalities from all walks of life – from kings and journalists to musicians and comedians. The bathroom holds a certain fascination over us, largely because in a world that is slowly becoming devoid of privacy, the bathroom remains one of the last safe refuges for us to just be alone without fear of any external encroachment on the sanctity of our most personal thoughts, feelings, and creative pursuits. The bathroom is not just a place to go to freshen up. It’s a place of solace, a place of relaxation, a place of privacy – where we’re free to doodle, to read, to think, and to daydream. We can even choose to completely space out and shuffle off our cares and concerns of the day for a few minutes.

Or, you know, ponder the mysteries of the universe, or something.

This is why we at Trade Winds Imports want to celebrate this special room by sharing these timeless quotes with you. We hope you enjoy this series, and if you do, please feel free to share this with your friends on your favorite social media site using the buttons to the left!

Elisabeth Kubler-Ross was a Swiss psychiatrist who became world-renowned for her theory of the now-famous “five stages of grief.” As someone who made it her profession to study the inner workings of the human mind, especially how a person copes with grief and stress, Kubler-Ross understood well that ‘happiness’ couldn’t come from anywhere but within. Running away from your problems won’t solve them; but, perhaps, sitting down and inviting your problems to take a bath with you might just be the key to washing them away. Everyone has their own deep place of silence; it’s up to us to find out exactly where our special place is.

Eoin Colfer is the acclaimed author of the Artemis Fowl series of young-adult novels. And, as with many writers, he is also an avid reader. Being a father, however, means that he doesn’t get much time to himself. In the bathroom, he can escape into a book for a little while and stimulate his creativity. Even fathers need some time to themselves every once in a while.

Speaking of writers, they can be immensely pre-occupied and busy people, absorbed in their work or their reading or their brainstorming – as Anthony Burgess, writer of such classics as A Clockwork Orange, reminds us. We can all get a little busy with our lives sometimes… but we should never neglect personal responsibility for too long. It’s fine to postpone a shower every now and again – but go too long without, and you’ll see that you’re not the only one to suffer the consequences.

Bathing isn’t just a chore; for many, it can be a relaxing reprieve and something to look forward to. Curt Siodmak, the screenwriter of the original Universal motion picture The Wolf Man, even deemed the bath to be a “high point” of his day. He also, apparently, really loved steak. Hopefully he didn’t enjoy both simultaneously. But this quote is a nice reminder to us all: everyone knows what they love in life, and we all have one or two “simple pleasures” that make everything better. It’s on us to decide what simple pleasures we love, and actively incorporate them into our otherwise busy lives. “Follow your bliss,” as the saying goes.

In a few simple, bathroom-inspired words, Delmore Schwartz brilliantly summed up the basic concept of “existentialism,” the late 19th century philosophical field of thought that suggested “philosophical thought” doesn’t just come from the ‘thinking’ aspect of a person, but from all of his aspects: his feelings, his actions, his life experiences. In other words, existentialism approaches the individual as a complete whole, rather than the sum of his parts. It means that we are all unique, and are all uniquely responsible for ourselves. No one else can take a bath for you, nor can someone simply ‘will’ you into bathing. It’s your life, it’s your individuality, so it’s up to you to seize it.

Those tenets of “existentialism,” of course, do not apply to fictional characters – who are, in fact, completely beholden to the whims of their creators. This point is humorously presented by Kiefer Sutherland, whose famous TV CIA agent Jack Bauer never, ever has a need to rush off to the nearest port-a-potty. You’d think that a show that plays out “in real time” would devote at least a few minutes of Jack’s 24-hour day to some washroom small talk. Either that, or Bauer’s sometimes-superhuman powers include the bladder and bowel control of an enlightened Zen monk on a fast.

President Lyndon B. Johnson, who succeeded John F. Kennedy, was a man who was deeply passionate about rights for every man, but especially the common man (or woman, or child). He was responsible for the “Great Society” series of legislation, which upheld programs committed to protecting the poor and middle class with healthcare, financial support, educational aid, environmental aid, and most importantly, upholding civil rights. He also escalated U.S. involvement in Vietnam, but at least his domestic policies strongly conformed to his belief that EVERY man had a right to safety, health, and peace of mind in that metaphorical bath.

We hope you’ve enjoyed these bathroom quotes. If you liked them, please share them with the people you love!

This post was written on behalf of Trade Winds Imports by Mike Bowman. He writes, lives, and bathes in San Diego, though much like Jack Bauer, very few people have witnessed him using the restroom in that city. He showers at least once a week, to avoid becoming a public menace. 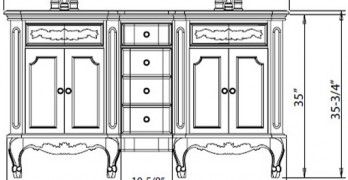 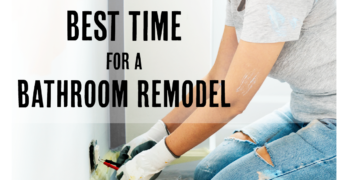