You are here: Home / Odd / New Study Finds that Young Adults Love to Tweet From the Seat

The next time your waiting for somebody in the restroom, you might be better off sending them a tweet. Banging on the bathroom door will be of no avail. It seems that we may need to replace those “Hang Up and Drive” bumper stickers with some “Hang Up and Poop” signs in bathroom stalls!

This comes after a new report by Nielsen found that many young adults are scrolling through feeds and sending out tweets to their favorite tweeps. According to a study called “IT in the Toilet,” 75% of Americans said that they have used their mobile phones in the bathroom. Maybe it’s because we all seem to find a moment of clarity while seated on the loo.

Tweets From the Seat

40% of adults aged 18-24 admitted to using Twitter while seated on the royal throne.  That is twice the average of all social media users. Not exactly sure if this is worse than the 9% who reported that they have sent a text while having sex. How is this even possible?

Charmin has received a few chuckles for their trademark #tweetsfromtheseat. The company uses their Twitter profile to poke fun at awkward moments that we face in the bathroom and that rush of relief when the job is done.

One has to wonder if Charmin be the driving force behind all of the people sending tweeps in the bathroom. Many have taken the new hashtag in stride. Check out these comical tweets.

#thatawkwardmoment when someone suddenly opens your stall door and scares the rest out of you. #tweetfromtheseat #mortified

All those chips and gummy bears I ate are coming back with a vengeance. #TweetsFromTheSeat #YoureWelcomeEveryone — Christine Kathmann (@ChristyKathmann) February 7, 2014

Forgot to take my jacket off before I settled in to take this poop. Rookie mistake. #tweetsfromtheseat — Zach Chad (@itzachad) October 16, 2013

Facts About Cell Phone Use in the Restroom

You might want to think twice about borrowing someone’s phone the next time you need to make a call. This might gross you out but 1 in 6 Smart Phones were found to hold traces of feces on them. “Do you need to use my phone?” No thanks, I’ll send a telegraph!

These fun facts are just another reason why you need to wash your hands after touching your phone. Cell phone are nearly 500 times dirtier than the toilet seat! This is why the cell phone is one of the 10 Things You Must Wash Your Hands After Touching.

So let’s be honest, have you ever sent a tweet from the seat? Join in the conversation by tweeting me @SuperInteriors and hashtagging #tweetsfromtheseat! Remember, it can wait until after you’ve wiped.

About this Post
Cheryl Khan is a contributing author at Tradewinds Imports. She bids her time scrapbooking on Pinterest and flipping through magazines. 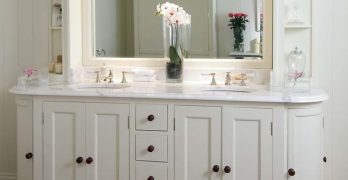