Editor’s Note: This is a three-part article series for Trade Winds Imports written by Mike Bowman, a freelance writer and history enthusiast. It outlines the life and times of Thomas Crapper, famed “inventor” of the modern flush toilet. The views and opinions espoused by Mr. Bowman in this article do not necessarily represent the views of Trade Winds Imports.

The Man, the Myth, the Legend. And the Truth.

Many of us know about Sir Thomas Crapper, the aptly-christened pseudo-eponymous inventor who created the modern flush toilet.

Thomas Crapper “The Man” was real. But the story of his world-changing invention is just that: a story. Thomas Crapper “The Myth” took over.
This is what really happened. This is a look at the real Thomas Crapper (Not really prefixed by “Sir,” by the way) and the slow evolution of the flush toilet many of us take for granted today. It is an examination of how one man’s salesmanship and personality can beget a legend that overshadows the man himself and makes him something more.

If you will, this is an article that sets out to separate the Truth… from the Crap.

Thomas Crapper was born in Thorne, a market town in South Yorkshire, England, sometime in 1836. The exact date of his birth is unknown. What is known is that he was baptized in September 1836 and came from a family of modest means. His father was a sailor (probably a steamboat captain [7]) in the small town, which featured a fairly bustling port on the Don River [2]. His brothers were likely dockers, working alongside their father, though it has often been speculated that his elder brother, George, was a Master Plumber in Chelsea [6]. At the age of 14 he became a Master Plumber’s apprentice in Chelsea, London [1]… though some speculate he became an apprentice as early as 11 [2]… and others believe he was actually apprenticed to his brother, George, at the more-adult age of 17 [6].

With so much information about this man’s life missing, or debated, it’s easy to see how the Myth seeps in.

At any rate, Thomas Crapper’s apprenticeship must have been a resounding success. At the age of 25, the now-Journeyman plumber opened up his very own plumbing business, establishing himself as a professional in his own right. This business was known as Thomas Crapper & Co, and was so-called up until its closing in 1963.

(Ed. note: Factual errors. Thomas Crapper and Co. was sold to Boldings in 1963 and continued to trade until Boldings went bust, at which point the company stopped trading. In 1999, Thomas Crapper and Co was re-acquired, and it is now a bustling business on its own again! Visit their site by clicking the image below.)

Within five years Thomas Crapper set himself up as a Sanitary Engineer with his own brass foundry [6], and he developed a second location (and workshop) called “Marlborough Works,” named after the road on which it was built, within close proximity to his original store [1].

Marlborough Works was a much larger venue than the original plumbing shop on Robert Street, and as such, it served as a sort of “proving ground” for one of Crapper’s brilliant marketing ideas: a tenacious promoter, Thomas Crapper invented the “bathroom showroom” where he displayed and featured many of his wares, including the “water-waste-preventing cistern syphon” mechanism which he himself championed. British polite society may not have been entirely prepared for such a showroom, however, as the sight of porcelain toilet bowls and plumbing fixtures is said to have made many “proper” ladies become faint. Such wares had heretofore been consigned to utter privacy; they were rarely mentioned, let alone seen in public, and here was Crapper, promoting them openly and in broad daylight [1]. In another stroke of effective marketing, he imprinted his very memorable last name on all of his products, ensuring that his business would be lodged firmly in his clients’ minds [7]. Remember, “crap” was a euphemism for feces long before our hero arrived on the scene.

Crapper held 9 patents, 3 of which directly, if only slightly, modified toilets. The “water-waste-preventing cistern syphon” (referred to, from here on out, as “WWPCS”) was arguably the most important contribution he made to the flush toilet itself – even though he wasn’t even the actual patent holder on the device.

Prior to the WWPCS, flush toilets did not have a built-in flush-stopping mechanism, and the velocity of the flush was notably slow. This ultimately led to toilet-owners leaving the flush water running for long periods of time, to fully insure that all the waste was removed but also to clean the bowl.

The WWPCS was the first of the system with which we are all familiar today: the cistern was mounted above the bowl to allow the water to pick up great speed upon flushing, and was funneled into a syphon on the way down that increased pressure. This created a much more effective flush. When a user pulled the chain, it allowed the entire volume of water within the cistern out and into the bowl at great speed. When this was finished, the flush simply stopped; no more water flowed into the basin until the cistern was allowed to re-fill.

This patent was not Crapper’s, though he is often credited with its invention. The patent in fact belongs to Albert Giblin, who is believed to have worked for Crapper [3]. One theory suggests that Giblin patented the device, and then allowed Crapper to use the product. Other theories claim that Crapper himself bought the patent directly from Giblin, and thus attached his name to it. What is known for certain is that Thomas Crapper marketed and promoted this innovative toilet technology very, very effectively.

The reputation of Crapper & Co, and their innovative toilet installations, was so stalwart that by the 1880’s the company became the exclusive supplier of toilets to the Prince of Wales at Sandringham House [2]. Within a few short years, Crapper & Co installations were built in Windsor Castle, Buckingham Palace, and Westminster Abbey [1]. Thomas Crapper himself became recognized as the Royal Sanitary Engineer to members of England’s ruling class, though he was never officially knighted [3].

After revitalizing his industry with brilliant advertising, and single-handedly installing the “Royal Flush” for many of England’s elite, Thomas Crapper retired in 1904 [3]. He died in 1910, and the company continued under the leadership of his old partner Robert Wharam as well as his own nephew, George Crapper (who, incidentally, did eventually hold a patent for a modification to the WWPCS that Giblin had developed) [1].

Thomas Crapper may not have invented the modern flush toilet, or really invented anything major that related to toilets at all, but as Plumbing and Mechanical Magazine suggests, he surely “should best be remembered as a merchant of plumbing products, a terrific salesman, and an advertising genius.” [4] 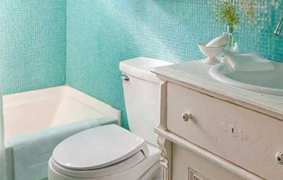 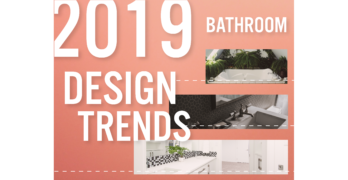 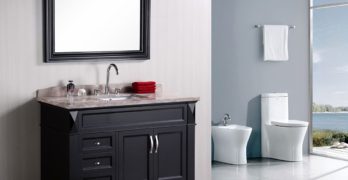